How to make a Good Intention

Instruction from “Grace and the Sacraments”
by Michael Mueller, C.SS.R., 1890
Imprimatur + Thomas Foley

When should we make a good intention?

We should make it especially in the morning; and it is advisable to make it before and after each action.

O my Jesus, through the Immaculate Heart of Mary, I offer Thee all my prayers, works, joys, and sufferings of this day for Thy greater honor and glory, the salvation of my soul, and for the poor souls in Purgatory.

The days of those who perform all their actions for God shall be full days, says holy David: “And full days shall be found in them.” (Ps. lxxii, 10.) By full days he means days which are wholly employed in pleasing God. On the other hand, days which are not spent for God are empty days, -- days without merit, without reward. Hence Holy Scripture says that “the wicked do not live half their days.” (Ps. liv, 24.)


Offer All Our Actions to God

As we belong entirely to God, we should consecrate to Him all the actions of the day by making a good intention in the morning: “Whether you eat or drink,” says St. Paul, “or whatsoever else you do, do all to the glory of God.” (1 Cor. x, 31.) As the effect of our good intention is destroyed by vainglory or self-love, it is advisable often to repeat the good intention, especially before and after each action. Our good intention gives our actions their value and excellence before God. If our intention is terrestrial, or celestial, or divine, our action becomes, like our intention, terrestrial, or celestial, or divine. If our intention is low and bad, our action is so also, no matter how brilliant it may appear in the eyes of men. A glass of water is but a very little thing; and yet, whoever gives it with a good intention to a poor man, shall not lose his reward, says Jesus Christ. On the other hand, a man who fasts, gives alms, converts sinners, without a good, or with a bad, intention, loses the merit of his actions. 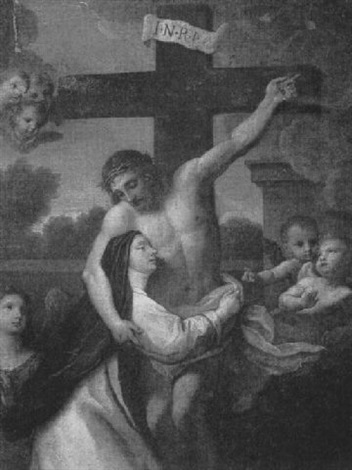 In the estimation of men, the value of an act increases in proportion to the time spent in its performance; but, before God, the value of an act increases in proportion to the purity of intention with which it is performed. For, as the Scripture says, men look only to the external acts, but God regards the heart; that is, the will with which they are performed: “For man seeth those things that appear, but the Lord beholdeth the heart.” (1 Kings xvi, 7.) Can there be any action more excellent than to suffer martyrdom for the faith? But St. Paul says: “If I should deliver my body to be burned, and have not charity” (that is, do not die out of love for God), “it profiteth me nothing.” (1 Cor. xiii, 3.) It is neither torments nor death, says the fathers of the Church, but the cause and intention, that makes a martyr.


Our intention is bad, if we seek only ourselves in our actions - if we perform them to be praised, or to please ourselves: “Take heed,” says our Lord, “that you do not your justice before men to be seen by them.” (Matt. vi.) If you do, I will answer you when asking a reward of me: “You have received your reward; you have obtained the praise which you sought : what can you now expect from me?” We read in the life of St. Pachomius that a certain monk made two mats whilst his companions made but one. He showed the two mats to the saint, in order to be praised; but the saint said to the other monks : “This monk has worked till night, and has offered his work to the devil.”


How To Assess Our Own Intentions


There are marks by which we may easily know whether our works have truly been done for God:

The first mark is, if we remain tranquil when our undertaking has not been successful. When we see that God has not been pleased to crown our efforts with success, we have no reason, on that account, to be disturbed; for we know that God does not demand an account of the success or failure of our undertaking, but of the purity of our intention.


2. Rejoice at the Good Done by Others

The second mark is, to rejoice at the good done by others, as if it had been done by ourselves. If we seek nothing but the divine glory, we shall not care whether it is promoted by another or by ourselves. To rejoice in the good deeds done by others, is to enrich ourselves with their good deeds; for, were we to rejoice in the sins of our neighbors, we would thereby share in their sins, and become punishable in the sight of God. But God is more inclined to reward than to punish us. Now, if His justice obliges Him to punish us for rejoicing in the sins of our neighbors, must not His goodness oblige Him to reward us for rejoicing in the good deeds of our fellow-men?


3. Not To Seek Praise from Others

The third mark is, not to desire approbation of our good works, nor gratitude from them, but to remain, even when censured and maltreated, in our usual tranquillity of mind, satisfied at having succeeded in pleasing God. 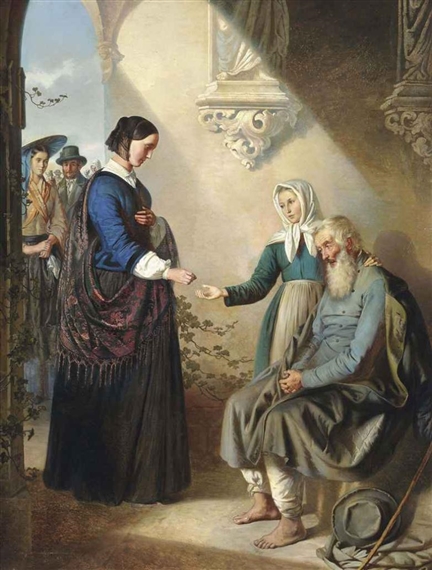 If Our Good Works ARE Praised by Others


Should it ever happen that some of our actions are greatly praised by others, or that we are tempted to vain-glory, and to take complacency in the praise bestowed upon us, we need not trouble ourselves about banishing the temptation. It is better to pay no attention to such a temptation, saying: “You come too late, for I have already given my work to God.”


Neither should we omit good actions through fear of being seen and praised by others. The Lord wishes that our fellow-men should see our good works, in order that they may be induced to imitate them and give glory to him: “So let your light shine before men that they may see your good works, and glorify your Father who is in heaven.” (Matt. v, 16.) As long as we do our actions with a good intention, we must not mind the temptation of vainglory; but, when assailed by it, let us say with St. Bernard: “I have not commenced this action for you, neither shall I omit it through fear of you.” If we know that we have deserved hell by our sins, we shall regard the praises of men as insults and mockery.

What Our Lord Demands of Us


Let us be persuaded that the Lord does not demand of us great things, but only that we present to Him the little we do with a pure intention. If, on account of our poverty, we cannot give much alms to God, our will affords much to give to God by offering Him what we do through the sole motive of pleasing Him. “A person,” says St. Magdalen de Pazzi, “who has performed all his actions with a pure intention, will go straight to heaven.” To such a person our Lord will say on the day of his death: “Well done, good and faithful servant! Because thou hast been faithful over a few things, by performing your little works through the sole motive of pleasing Me, I will place you over many things. Enter into the joy of the Lord.” (Matt. xxv, 23.) 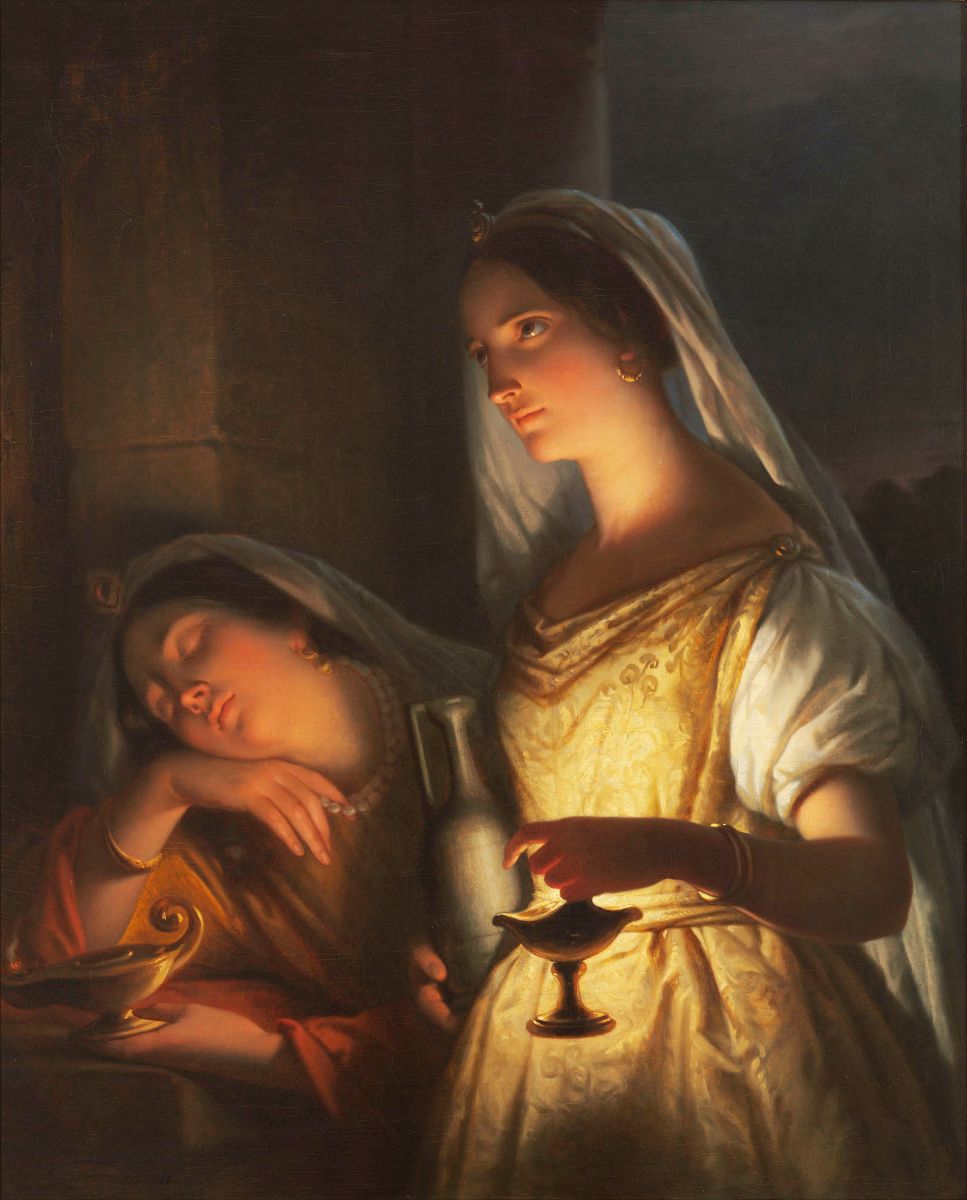