Sons of the Church in a time of crisis - by the Reverend Fr. Roger-Thomas Calmel, O.P.

Sons of the Church in a time of crisis - by the Reverend Fr. Roger-Thomas Calmel, O.P.

Sons of the Church in a time of crisis

(Prologue to Apologia for the Everlasting Church)


Prelates who occupy the most important posts in the Church, misled by the grand chimera of their own desire to find easy, infallible means to achieving once and for all the religious unity of mankind, are working to invent a church without borders in which all men, unconditionally dispensed from renouncing the world and Satan, will soon be united in the bonds of brotherly love.  Dogmas, rites, hierarchy, discipline, should one insist, would all be carried over from the first Church, but everything would be bereft of the safeguards willed by the Lord and specified by Tradition.  By that very fact, everything would be drained of Catholic vitality, namely grace and holiness.  The adepts of the most diverse beliefs, and even those who refuse to have any, would enter as equals, but they would enter on equal footing into a dummy church.  Such is the present endeavor of the prestigious Master of lies and illusions.  Behold the masterwork, of Masonic inspiration, to which he commits his minions—faithless priests promoted as eminent theologians; oblivious or disloyal bishops, if not disguised apostates, rapidly elevated to the choicest honors and invested with the highest prelatures.  They spend their lives and lose their souls building a postconciliar Church under the star of Satan.


— Dogmas, affected by relativism because of the new pastoral praxis that refuses to condemn heresy, no longer propose any precise supernatural object.  Consequently, in order to accept them, even supposing that the notion still means anything in this case, neither intellectual assent nor purity of heart is required.

— The sacraments are placed within reach of those who do not believe; almost nothing keeps even unbelievers and the unworthy from approaching them, so far have the new ecclesiastical rites, by their instability and fluidity, become alienated from the sacramental sign efficacious in and of itself, divinely fixed by the Saviour once and for all “until He comes again.”

— As for the hierarchy, it is dissolving insensibly into the people of God, of which it is tending to become a democratic emanation, elected by universal suffrage for a provisional function.

Thanks to these unprecedented innovations, their instigators are congratulating themselves for having torn down the barriers that kept out of the Church those who even yesterday, in the recent ante-conciliar period, rejected the Church’s dogmas, spurned the sacraments, and defied the hierarchy.  Undoubtedly, as they were understood before the Council, dogmas, sacraments, government, a needful inward conversion, gave the Church the aspect of a fortified city—Jerusalem quae aedificatur ut civitas (Ps. 121:3)—with well-guarded doors and impregnable ramparts.  No-one was permitted across the sacred threshold who had not converted. 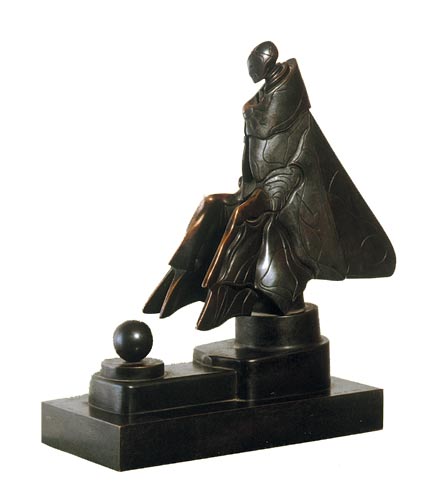 Henceforth, however, things have been changing before our eyes:  doctrines, liturgy, interior life have been subjected to a treatment of dissolution so violent, universal, and perfected that they no longer admit the distinction between Catholics and non-Catholics.  Since yes and no, the definite and the definitive, are held to have been surpassed, one wonders what would prevent the non-Christian religions themselves from being a part of the new universal Church, continually updated by ecumenical interpretations.

One wonders about it, at least if one accepts the point of view so many former Council Fathers, circumvented by Vatican II, allowed to be imposed upon them: to forge a heretofore unknown system and a new apparatus in order to win over the world without being exposed to failure, nor suffering, nor persecution, beginning with relativizing the supernatural.  But that means nothing, for:

- On the other hand the supernatural is not formless or modifiable; it is firm and precise; it presents a determined aspect; it has an achieved, definitive configuration; since the Incarnation of the Word, since Redemption by the Cross and the sending of the Holy Ghost, the only supernatural that exists is Christian and Catholic. It has no reality except in Christo Jesu, et Virgine Maria et Ecclesia Christi. That is why if one keeps in one’s soul the viewpoint of the Gospel of Jesus Christ and the first twenty Councils, one sees quite well what routs the chimera of ecumenical unity: the duty to bend the knee before the Son of man, author and sovereign dispenser of salvation, but only in the one Church He established. 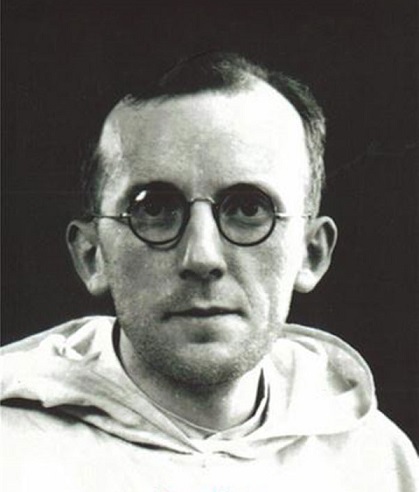 Too many ecclesiastical dignitaries have abandoned themselves to the modernist mental perversion; they have reached the point at which they no longer find monstrous the habit of affirming contradictories in the same statement because they deem the intellect incapable of knowing truth.  They rather suppose that it [that is, truth] exists somewhere, though where one knows not, a sort of religious noumena  [Editor:  (in Kantian philosophy) a thing as it is in itself, as distinct from a thing as it is knowable by the senses through phenomenal attributes.]  beyond reach about which the mind fabricates ingenious, infinitely variable systems over the course the evolution of our species, but always impotent to reach what is.  One thing counts: that these [supposed] systems, ideologies, theologies, be placed at the service of humanity’s development.  They will be appreciated for their power to stimulate a grand ascension toward freedom and progress.


One who consents to such a warped mentality refrains himself from condemning heretics or heresies and does not deem himself bound by any dogma.   He contemplates with detachment and benevolence the most opposed theses, applying himself to bring out in each one the elements that can prepare a better future and that connect more or less with a so-called evangelical spirit, the Gospel being interpreted as a leaven of an ideal future, but not to be received as a definitive rule faithfully guarded by a divinely-assisted Tradition.   When prelates whose minds have been thus denatured occupy the commanding posts in the Church, it is a cause of unutterable distress for all the faithful.


“Unless those days had been shortened, no flesh should be saved, but for the sake of the elect those days shall be shortened” (Matt. 24:22).

Some young priests from their very first days in the clergy, pushed by apparently noble motives to aspire keenly to reach the highest ranks in the Church, have offered the devil an easy prey.  The devil has taken them in charge in order to make them succeed, but he has made them pay a heavy price.  In olden times, during the Middle Ages or the early Church, whoever ambitioned the cardinalate, or higher, often had to become an accomplice, at least by his silence, in the sins and prevarications of Christian princes.  Today Christian princes don’t exist anymore; in any case, they have become irrelevant.  Power has passed to the secret societies, Masonic or Communist.  That’s where for the most part the horrible masters of modern times are to be found.  Today, then, a priest who cherishes the ambition to advance in the Church to its highest posts must deal with these princes.  He must become their accomplice.  Could he achieve his goal if he did not consent to become involved, perhaps only by degrees yet genuinely, in a radical perversion of the mind?  For if he refused to allow himself to be gradually won over by the spiritual darkness, he would remain incapable, despite all his efforts, of becoming a useful ally of the occult forces.  Do what he might, he would remain an adversary.  But he has to be an auxiliary; it is for no other reason that the modern Caesar has raised him to a position of command.


It happens that a man or woman, in the throes of passion, opens with a terrifying determination the sacred door of their liberty to the spirit of lust.  The devil becomes their master.  He is as it were invested with the power to precipitate them into the pit; he has opportunities to almost totally paralyze the will of his victims.  Now, the demon of pride is more fearsome than the one of carnal desires.  How powerful, then, will be his hold over the priest who, avid for power in spiritualibus [in spiritual things], has entrusted himself, even only indirectly, in order to be more sure of gaining his ambition, to these formidable occult organizations of our time over which the devil rules as master.  Into what mental contortions will the devil not induce the ambitious priest?  If he does not succeed in getting a grip on himself in time, his reason will be invincibly falsified by the prince of this world.


Were the Church’s plight a hundred times worse, a hundred times more cruel, it is still the Lord who is forever Master and King.  It is to Him that all power has been given; it is before Him that every knee must bow in heaven, on earth, and under the earth, including those in this kind of hell, for the moment painless, which is the modernist sect.  Its harmfulness cannot extend beyond the strict limits set by the Lord, and the Lord only grants it a certain power to obscure, to falsify, and to scandalize in thousands of ways, only for the good of the elect and to augment the gracious splendor of His Church.  We ought not to be fearful, but rather persevere with confidence in the Church of always, the everlasting Church, the Church of all time.


(Prologue to Apologia for the Everlasting Church)