It is always enlightening to review the places we have been at different moments in our development and existence as Catholics. Dr. Carlos A. Disandro’s work sheds much light on where we find ourselves today and how little things really have changed. But most importantly, his writings point out that the misunderstanding of the relationship between doctrine and discipline, begun at  “Vatican 2” has continued to plague Traditionalism to this day. It has deepened the rift between the various Traditional sects to such an extent that discipline has been reduced to a matter of inexpert opinion, with everyone able to access a Canon Law book qualified as a “canonist,” (and here I do not exclude myself). Those laws such as Cum ex, issuing from the doctrinal authority of the Church, have been lost in the canonical shuffle, as Disandro ably points out in his Precisions.

As a result, Disandro’s “incoherent” Traditionalists continue to circulate information concerning Cum ex that is not only false but injurious to doctrine. That they are still circulating these things after 20 some years without either further researching the matter or reconsidering their position is amazing enough. But that to this day they have never discovered nor credited the man who first uncovered the Latin version, translated it and even published it with commentary a second time 10 years later, is astonishing. This is especially true since Disandro was practically the father of the Sedevacantist movement, at least in South America. We corresponded for several years, sending articles and books back and forth. His books are inscribed with kind words such as or “For my distinguished friend, with cordial regards,” a kind breeze in a then-hostile Traditional world. While he commended my fervor in wishing to end the sede vacante, he did not support the election of David Bawden. It is to my great regret that he died before I came to my senses. Perhaps it is for this reason that I feel obligated to continue his defense of Cum Ex and to fight as he fought to uphold the Bull he believed was the answer to the madness that already had engulfed us.

While some have questioned his political affiliations during the Peron regime in Argentina, his native country, Disandro’s analysis of the religious situation following the false Vatican 2 council was doctrinally sound and uncompromising. Following a meeting between Marcel Lefebvre and Argentinian Catholic intellectuals in 1977, Disandro released a statement proclaiming the following:

• The Church is suffering a global persecution led by wolves disguised as shepherds — those who have taken possession of THE VACANT SEE OF ROME — a war led by the powerful heresiarch Montini.

• ONE WHO LEADS, PROMOTES AND ENCOURAGES THIS WAR IS NOT ABLE TO BE A PONTIFF; the prophecy of La Salette has been accomplished.

• St. Robert Bellarmine: A heretic pope ceases as pope and must be deposed.

• The Church is suffering an infiltration exercised by a heresiarch who joins Arianism, Nestorianism and Jewish Christianism.

• The Montinian heresy pursues to overthrow the SEMANTIC OF FAITH AND ABOLISH THE CHURCH; to build in Her place and the hearts of the faithful the apocalyptic kingdom of the Beast. We know however that the Church will triumph always…

• There is a usurper in the Apostolic See… The new mass is a false mass and the faithful have reverted to idolatry. The days of Enoch and Elias have come.

• May Our Lady of Lepanto guard and enliven the faith of the Iberian-American peoples, for the dark, threatening clouds of the Bolshevik tyranny already are on the horizon.


In 1978 the Institute of San Anastasio in Cordoba, Argentina released Disandro’s first edition of Cum ex Apostolatus Officio in Latin, laid out side-by-side with his Spanish translation of the Bull. A second edition followed in 1987. Disandro translated the Bull from the Latin text of the Magnum Bullarium Romanum, pages 829-831. Obviously members of the Society of St. Pius X in Argentina critiqued Disandro’s work. Publications such as Veritas and The War Is Now publicized parts of the Bull, without offering commentary. Bp. Thuc cited the Bull in his declaration. Briton’s Catholic Library (BCL), first in Under the Laws of the Catholic Church the Papal See is Vacant and also in one of their “Library Letters” publicized the entire Bull and wrote what seems to be the only other commentary extant on it. Both BCL and Prof. Benjamin Dryden translated the Bull, with Dryden maintaining it had been abrogated. Traditionalists still maintain its abrogation today. Disandro vehemently denied this, as his work below demonstrates. 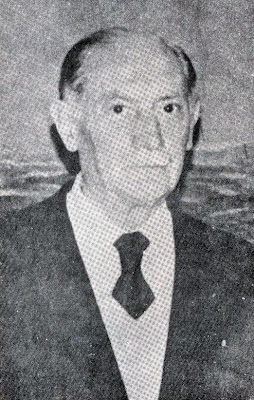 By Dr. Carlos A. Disandro (translated from the Spanish)

The illicit doctrinal changing around, contrary to faith and Tradition, accompanied by the dialectical progressivism in the Church; the cultural changes, arising from the same source, especially in a grave destruction of liturgical rites and language; and finally the semantic war which affects the organic totality of the Church — mystic, cultic, doctrinal, theological and disciplinary — these all proceed to treat a venerable past as having been abolished, a past which is untouchable. They pretend to establish another Church in the world, that which proceeds from an evolving history and from the ecumenical convergence of a supposed universal religiosity. We ought not to be surprised, therefore, that the confusion, authorized from the heart of the sanctuary, has been extended to unforeseen lengths, rendering the faith unrecognizable.


Such would be the question, raised as much in Traditional circles as Progressive, concerning the admission of excommunicated cardinals in legitimate conclaves, by the precise mention of such a circumstance in the Apostolic Constitution of Pope Pius XII, Vacantis Apostolicae Sedis, Dec. 8, 1945. This subrogated the preceding canonical arrangements, in particular the Apostolic Constitution of Pope St. Pius X, Vacante Sede Apostolica, of Dec. 25, 1904, in which there also is found such a mention. The question gains a special relevancy in Traditional circles through the text of the points made by Msgr. Marcel Lefebvre, by reason of the “conclave” which elected Luciani (a false pope) to the papacy, a situation which was repeated, of course, with the second “conclave” of 1978, which chose Wojtyla as pope — likewise false as far as we are concerned. In fact Msgr. Lefebvre, in order to strengthen his opinion about possible criteria for nullity of the conclave, made note that the Motu Proprio of Paul VI, Ingravescentum Aetatem, (without effect in our opinion, since Paul VI is a false pope), after taking away the right to vote of certain cardinals because of their advanced age, ran into a contradiction.

Therefore, says the communique, it included excommunicated cardinals as having a grave obligation to vote. But the argument of Msgr. Lefebvre, quite frankly, is weak, inasmuch as the Montinian Motu Proprio brings to completion and complements the Constitution of Paul VI, Eligendo Pontifice (For Electing a Pope), which [so Lefebvre supposes] subrogates that of Pius XII already mentioned. This substitution continues, laying out in every way the very same thing, forcing the issue fraught with unavoidable problems. In effect, IT IS THE MONTINIAN SYSTEM OF USING THE CANONICAL DISCIPLINE IN ORDER TO TEAR DOWN DOCTRINES AND TRADITION, a thing which is important because it uncovers the null character of such decisions and substitutions. In this manner there came to light the question of “excommunicated cardinals,” legitimately present in a legitimate conclave (according to the arrangement of Pope St. Pius X and Pope Pius XII, legitimate popes) in line with preceding documents which now are not of interest. But all this occurred in an absolutely distinct canonical context. 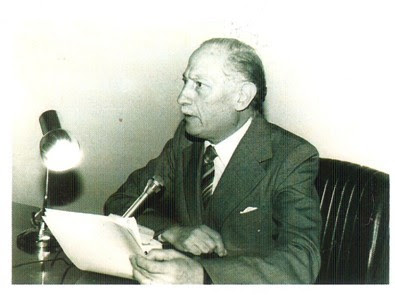 Meanwhile, at the beginning of 1978, before the death of Paul VI, we had published in Cordoba, Argentina the Bull of Pope Paul IV, Cum ex Apostolatus Officio; and we had made known, for the first time in the Spanish language, the Motu Proprio of Pope St. Pius V, Inter Multiplices, which confirmed and renewed the arrangement of the previous Bull of Paul IV. But there was a contradiction: we who affirmed the force of the Bull and the Motu Proprio just mentioned were confronted with a resolution of Pope Pius XII, which seemed to nullify, in favor of the Progressives, the question of “cardinals despoiled of the right to vote,” and our arguments, interdicted by a large majority of Montinian cardinals, disappeared. But in reality, all that either indicates a sophism which confounds all plain concepts, as we are going to see, or simply translates into a most unusual ignorance with regard to the relations between doctrine and discipline.

Not content with this, the confusing propaganda which seems to have massively invaded all of Christianity, perhaps as testimony or prelude to a great explicit apostasy, began to reinforce the arguments contrary to the Bull, supporting that it had been derogated by the Canon Law Code of Benedict XV. Thus were laid out two complementary questions which seemed to favor mitigated traditionalism and therefore eventually progressivism: that a bull for perpetuity would be able to be abrogated (with which falls a canonical argument in favor of the Bull Quo Primum); and secondly, that a disciplinary code would be able to nullify as positive legislation of the Church a question which refers to the very heart of doctrine. Discipline thus would acquire primacy over doctrine, and there would be completed also, in a manner surreptitious but effective, one of the great longings of progessivism: to include all dispute, ancient and modern in the context of a disciplinary law, [ED. NOTE: which laws can be subject to change]. It is logical that the change in this would be able to bring about a change in doctrine, skillfully veiled by the operation of a subtle theological and semantic transference.

Therefore, if even worship turns out to be a disciplinary matter (a certainty for Progressives), it does not seem that Paul VI would be unable to dictate, reform, annul, or confirm his Novus Ordo contrary to Tradition, IN THE NAME OF DISCIPLINE. [ED NOTE: Rev. Kinkead tells us in his Baltimore Catechism # 3 that the liturgy is part of revealed Tradition.] Therefore, for the historicist, Judaeo-Christian mentality of progressivism, all the abolitions, immersions, and subtle changes took place in the proving ground of discipline, with the changes in Doctrine, as in an evolutionary process, transferring over and following consecutively. [ED. NOTE: In other words, change the discipline and the doctrine will change automatically.] Here has been exposed, with the greatest crudeness possible, the “new noise” opposed to the true tradition, the false sounds with which they wish to bury (forever, if that were possible) the ancient resonance of Tradition, which is the seamlesss tunic of Christ, in order to accommodate the abolitions, changes and semantics of aggiornamento. It underlines this theological question: in the Church, the CHAIN OF DOCTRINE WITH DISCIPLINE follows the course of INVIOLABLE FAITH — of the Paradosis (Greek word for tradition, or handing down) of the Apostles — through whose care, vigilance and utterance the Pontificate exists. (ED. NOTE: Or as Pope Pius IX wrote in his encyclical Quartus Supra: “Discipline is the rampart of faith.”) To think of a pontiff given the job of subverting this chain is a great contradiction of our apostate times, singularly in force in the ill-fated reign of Paul VI.